I usually share a picture of my views on my beach walks and many might think I truly live in Paradise. When I try to explain the reality of how I put a positive spin to a place with very serious issues, most people quite don’t understand and some might not even believe me. I… I usually share a picture of my views on my beach walks and many might think I truly live in Paradise. When I try to explain the reality of how I put a positive spin to a place with very serious issues, most people quite don't understand and some might not even believe me.

I went to bed after 3 am last night due to the manifestations being made by young drunk kids (some who are probably under age) and were too high and drunk to even walk. Then we have the older crowd of individuals who for some reason feel they should be acting like their younger counterparts, bringing everything but the sink from their house and sadly leaving all that trash behind because they are so drunk they can't even carry themselves.

Our government has always done a good job at covering up more serious and obvious problems and making people feel they have everything under control. Just by watching from my balcony, some cops felt useless because if they arrested any of those kids or the families who had young ones that seem to be younger than my 3 year old daughter partying with the crowd till late hours of the morning, the cops could have gotten themselves into trouble.

The government in an attempt to hide the fact that we have a serious pollution problem on our beaches, had crews and groups of people picking up the tons of trash left behind.

The Water Pollution nobody talks about

The beach last night was being polluted not only by trash but the sound waves of speakers (that should be used for concerts) being used by civilians until 3am at night.  I am sure if it affects me inside a room with concrete walls and security windows, it must be affecting the beautiful wildlife that lives around our beaches.

Last Sunday, I watched how people left every piece of trash imaginable from hot coals to broken beach chairs and there is pretty much nothing that can be done. When I called the cops they told me they were handling other matters and having someone start a fire near a building was not a priority (to be fair the cops are understaffed and work with very limited budgets).

I am Safe because I woke up late

I was not able to document the trash on the beach, although it can be done any other day especially on a day like 4th of July. Since there is no consequence for leaving your trash behind ,people just prefer to leave it behind and have others who get paid or volunteer to clean it.

Lucy caught a picture of activist Tamara Lopez Cruz who got run over by one of the cleaning crew's vehicles. Tamara also wrote a book criticizing Puerto Rico’s Department of Education called “Un Monstruo Llamado D.E.”.

I can relate with Tamara in many ways; she is a writer putting the spotlight on some of the issues that need to be fixed but more importantly I am usually the one on the beach documenting the mess people leave behind and the inefficiency of the clean up. It could have been me or my family in Tamara’s situation because at that hour, we are usually walking our dog or I could have been documenting the chaos/aftermath. 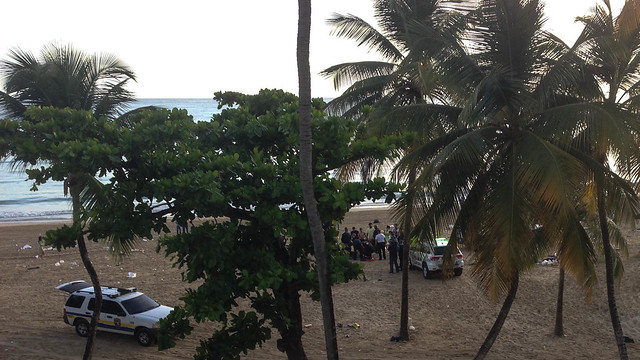 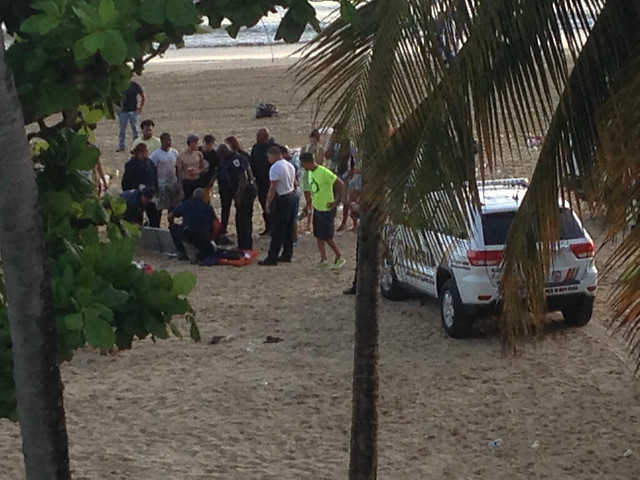 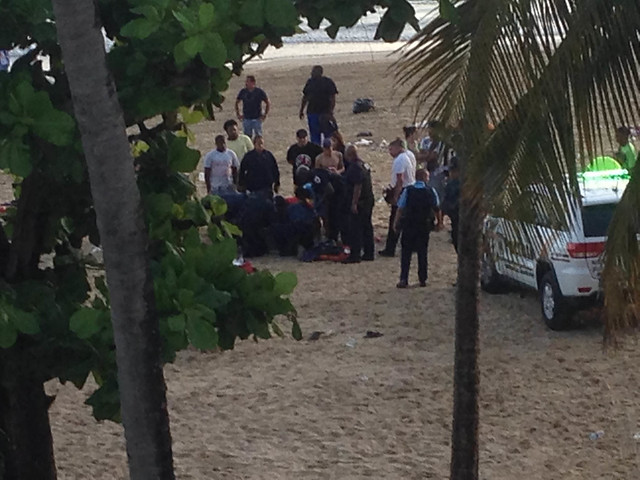 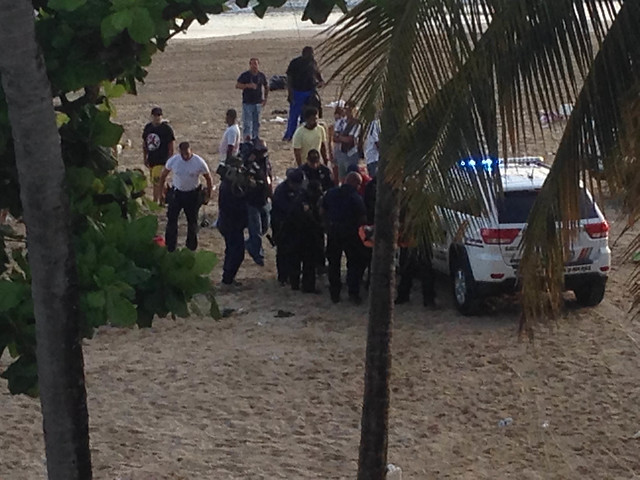 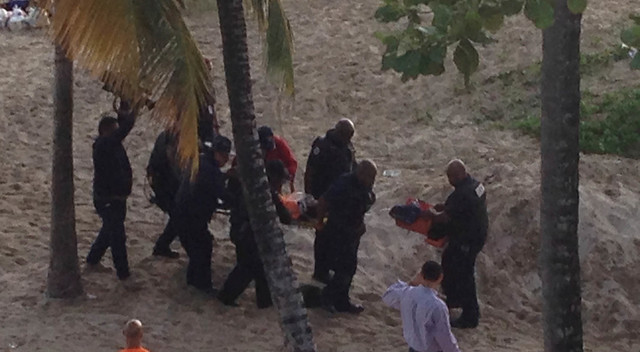 Nobody Attacks the Root of the Problem

Apparently the trash of our beaches does not go well with the millions they pump into marketing with la #IslaEstrella campaign and previous campaigns of the past.

Puerto Rico's economic issues are very serious but the way they approach every issue including the beach trash pollution is pumping more money into superficially campaigns hoping this will fix the problem. In summary, I guess it makes it look like they are doing their best and those companies getting paid to cover up the issue make a good amount of money but the problem does not go away.

A Bullshit Campaign (A Waste Of Money)

Here is an interesting video where the current secretary of Natural Resources, Carmen Guerrero, admits they have a problem but instead of dealing with those creating the problem she rather create a marketing campaign and make those who already keep our beaches clean, work over time. Are they even taking into consideration the trash that ends up inside the ocean that nobody picks up?

A Fragmented or Non Existing Agency?

Yesterday a neighbor stopped some representatives of "Recursos Naturales" on some illegal activities, where they are the only ones apparently that can fine the individual and they clearly said it was not their responsibility.The department is so fragmented that the whole entity can't do its main goal which is to protect our Natural Resources. I have attempted for almost two years to get a meeting with the head of Natural Resources and to this day none of them will take a meeting, much less commit to fixing the problem.

A Solution that Brings Income to the Government

Instead of cleaning up, why not look for ways to have people not leave trash behind at all.

My solution would be to have cops and law enforcement start giving out fines to everyone who leaves their trash behind. Instead of spending the money the PR government does not have with marketing and a logistical exercises that spends the government's money in an irresponsible way, they can avoid putting individuals like Tamara and anyone walking the beach at risk.

Why not make some money from those who decide time and time again that enjoying the beach and littering it goes hand in hand.

If you live on the Island and are reading this I ask you to please leave your thoughts. I also ask that you disclose what part you are playing to either fix the problem or not do anything at all.

I was a huge critic of the faults of the previous administration but after last night, I couldn't sleep in peace, and I wake up to an environmental activist being hurt by those trying to cover up the real problem.

I wonder if those politicians and people who can make a difference really want to fix the problem or they prefer to continue to hurt our natural resources, the tourism industry, and those who work their butts off to vouch for Puerto Rico.

I wonder what I can do next to get closer to fixing the problem? Any thoughts?

Bonus Image to Make You think

The Kids in the Purple Shirts where cleaning the beach, the hoodlums who were drunk, were giving them a hard time. The Cops were close by and these kids who are cleaning after the morons who left the trash behind can't even feel safe. (Images where taken by Lucilla Feliciano).

Why are we putting these kids at risk? For what reason?